Summary
The proposal would buy back PGOV and BGOV using BZRX.

Proposal Details
The topic of the GOV tokens being bought has been discussed before and there were some disagreements on the subject. Having said that, it seems that the current token model continues to cause confusion and ambiguity on the value proposition for BZRX and the individual GOV tokens.

This has resulted in complex and confusing voting/funding proposals due to a lack of treasury for GOV (PGOV, and BGOV) tokens and BZRX financing these chains without a strong benefit. The most recent example of this is with the B.Protocol integration and how BZRX will be used to incentivize liquidity on polygon, even though the fees do not flow to BZRX stakers. An additional benefit of this token split and migration opens up a possibility to introduce a supply increase to buyout the GOV tokens.

I am proposing a supply increase to finance this buyout as it would be a waste of liquid treasury supply to buyout with outright BZRX. The supply increase will be roughly 15-20 million BZRX (1.5-2% supply increase) and there can be a buyback and burn mechanism from protocol fees to cover this supply increase. The token amounts given for the respective GOV tokens will be based on their price at the time this proposal was posted ($0.0048 for PGOV and $0.0113 for BGOV) plus a 10% premium. With this buyout, the voting and proposal handling for all chains will be done through BZRX and all fees collected on each chain will flow to BZRX holders on one chain. This can be implemented through the usage of relayer bridges as a communication layer and cross-chain bridges for moving funds (Hop Exchange is a prime example). The unification of the token used across all chains will allow for a simplified analysis on fees given to BZRX stakers and properly align treasury incentives, irrespective of the chain the funds will benefit the most.

How will the PGOV/BGOV Token buyback be conducted?

How much supply increase is needed?

15-20 million BZRX will need to be minted, depending on the premium applied and price of pgov and bgov for the buyout.

Over time this supply increase will be burned using platform fees so that the bzrx quantity will not increase.

What will buyback price be?

Market price at time this proposal is posted plus 10% premium

PGOV token on Polygon hasn’t yet reached it’s max 250m supply through the yield farming program. How will this program be handled should this proposal pass?

End the program, fixing PGOV at a lesser max supply. The current unvested PGOV supply will be immediately vested.

Most amount of BZRX that is going to be minted?

Who Votes on this proposal?

All three chains will vote on snapshot vote

% agreement from my side.

i agree that we need to to buyout pgov and bgov to reduce confusing and i’m also agree to pay it with minted tokens. if we can burn it slowly with an % of the protocol fee’s afterwards.

but i am nog agree with the price for it. bgov has almost the same montly volume as bzx on fulcrum. pgov twice higher! i invested in pgov because the payouts where really good. but the pgov price itself never increased. so this proposal looks like selling on the bottom… the price ratio in bgov/pgov to bzrx isnt fair to me if you look at platform usage. its rougly a 40/1 ratio for pgov and a 20/1 ratio for bgov. and we are one platform…

that said, because we are one protocol. it should be 1/1. but i know that’s not doable if we look at total supply. i would accept a 10/1 ratio for bgov and pgov.

If market prices +10% are paid for the buyout in the new token, you will not lose because anything - because you just transfer your upside potential to the new token and receive 10% bonus.

thats only true if you bought at the bottom. the price charts way is only down. perfect time for such proposal. but in my eyes not fair, see above statement why i think its not fair. besides that it can easily be more up in some days.

The buy back price is not yet fixed, above numbers are for calculation.

“the price at the time of this proposal” so that wont work.

I basically agree with @StevenPaulty.

Unifying the tokens is a good idea in principle, and a small increase in inflation/token supply for this purpose is also fine.

However, a 10% premium price is far too low for assets like PGOV and BGOV which are super low market cap and low liquidity and which will likely pump by many multiples when the rebrand happens (because the market cap is so low, an increase in visibility post rebrand is likely to increase their price very significantly - far more than the BZRX price).

As a separate point, I don’t think we should look at the USD price of BGOV and PGOV at all. The proposed buyout will buy PGOV/BGOV and pay in BZRX (technically the new token that replaces BZRX but essentially the same), so the USD price is irrelevant - we only care about how much BZRX will need to be spent to buy out PGOV and BGOV - ie, the ratio.

As suggested in the proposal we can take the baseline price of BGOV and PGOV at the time the proposal was posted (to prevent manipulation of the price to increase the amount of BZRX paid), but NOT the USD price - we only care about the BZRX ratio to BGOV and PGOV.

THIS is the baseline price ratio.

However, even though BGOV is worth substantially more in price (more than double), Polygon actually does a LOT more volume and generates a lot more fees and is likely to have much better future prospects. So in my opinion, PGOV should have a larger price premium.

The question is - what is a fair price ratio for the buyout? I think 10% higher than the baseline ratio above is far too low.

I agree with Steven that 10 to 1 (1 BZRX = 10 PGOV or BGOV) is fair (with PGOV getting a higher premium increase because it is more successful).

Doing a 10 to 1 buyout will cost roughly 40 million BZRX (I have not done the exact calculations but it should be something in that range - keep in mind that PGOV supply is only about 180m currently since it is still being farmed, and out of that 180m, 25m is in the PGOV treasury which won’t need to be bought out - so BZRX needs to buy out about 155m PGOV and 250m BGOV - in fact, slightly less because the burns have reduced the supply of PGOV and BGOV by a small amount).

40m BZRX spent to do the buyout is roughly 4% inflation of the total supply, double what the proposal says, but I think without a significant price premium, BGOV and PGOV holders will not vote to approve the buyout (even with 10 to 1, there is no guarantee it will pass).

If BZRX holders feel 40m BZRX is too much, then the other option is to simply keep the BGOV and PGOV tokens and not change the current position (even though it is confusing to have multiple tokens etc). In this case, all that BZRX can be used for something else…

As things stand, this proposal will need to be approved by token holders on all three chains - first BZRX (to authorize the spending) and then BGOV and PGOV (to approve the buyout). If only one of BGOV and PGOV approve it then only one buyout will take place.

OMG BADRI. my english is so bad compared to you.

BUT this is what i meant. wel explained mate!
i fully agree with all you said

Let’s call it what it is:
The low prices of those 2 token are a representation of how bad the idea was to add two new tokens, when even the main token struggled badly - both in marketing and usecases.
Pgov should be higher valued than bgov, there I agree with Badri.

Bgov would die a slow dead anyway and there is no hope to turn it around again. Together with Binance SmartChain - which had it’s magic moment, but there is no market-fit anymore and will never return again.
Pgov/Polygon will make it, since it’s reliable and dirt cheap.

if the platform gets enough usage, people will come. i believe it especially with pgov. on the other side whats the hard thing to mint 40m bzrx instead of 16,5m as mentioned. we can discuss it and change the proposal?

I agree with keeping it based on ratio VS price and the payout proposal is low.

I don’t believe PGOV is better than BGOV. BSC is the more popular chain and has much more powerful backers. The way they dropped and how long BGOV holders have been vested is another issue.

I think treating them the same is already more than fair

The downside is the price might not be great for everyone, now - but in light of the above future developments the ratios will likely get far worse.

I think the burn mechanism to burn down the supply is an acceptable alternative. I’d be open to doing a +20% ratio but this needs to be handled soon in order for PGOV/BGOV holders to capitalize on the rebrand.

I agree with Badri. I think 10:1 would be the “fair” price for PGOV. I’d be willing to vote yes for a proposal in the 20:1-25:1 range though just because I like the idea of token unification.

whats the hard thing to mint 40m bzrx instead of 16,5m as mentioned.

This would reduce the value of the token thru higher supply.

I guess in the snapshot vote we should give different variants to vote, not a yes or no thing.

I don’t believe PGOV is better than BGOV. BSC is the more popular chain and has much more powerful backers. The way they dropped and how long BGOV holders have been vested is another issue. 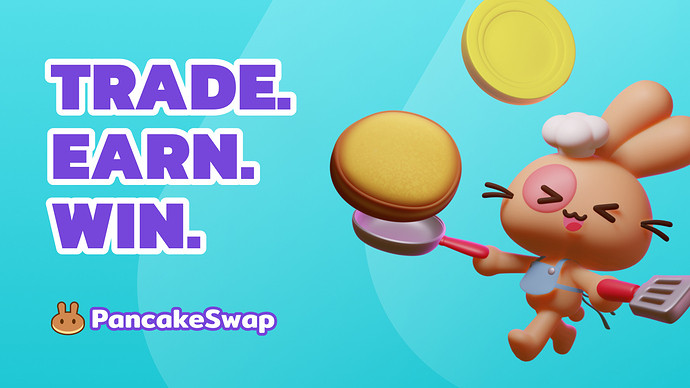 The most popular AMM on BSC! Earn CAKE through yield farming or win it in the Lottery, then stake it in Syrup Pools to earn more tokens! Initial Farm Offerings (new token launch model pioneered by PancakeSwap), NFTs, and more, on a platform you can...

@kian
im fine with treathing bgov and pgov the same.

Additionally, the rate of burn should be linear to a date, or attempt to be linear (all additional tokens burned over a quarter)

First we need to vote this with pgov/bgov owners, which premium they would accept - and of course they would only vote the highest.

Than we need to vote with brzx holders, if they accept this offer.

This would reduce the value of the token thru higher supply

thats right, but we can burn them to use an % of the protocol fees.

i agree it shouldnt be a yes or no. but how would you vote on it if its about 3 chains. bzx votes a 10% buyout because in their eyes its the best and cheapest. bgov/pgov holders would vote for a 10/1 ratio. i think we need this forum to get an equibrillium

I doubt BZRX holders will accept a high premium.